The answer is, I have no idea, but it was a question that came up during the discussion about leather quality and type at the beginning of a fabulous day with Suzanne Treacy at a belt making workshop at Linnels Farm.  I have taken so many workshops with Karen and her team of talented craftsmen and women that I am sure she has wondered if I am about to move in.

The options were to make a dog collar (the leather not liturgical variety) or a belt.  As Poppy already has two rather smart Masai beaded collars and I do not have a decent belt to my name I understandably went for the latter option.  If you are faced with the same decision at any point in the future do note the one key difference – there is a lot more leather in a belt (unless your dog is the size of an elephant and you have a 15″ waist)!

Tea, coffee, delicious snacks and chit chat (Suzanne knows two people who have recently moved to Shetland … is this a message from the ether?)  and it was down to work.  I do love a good set of tools. 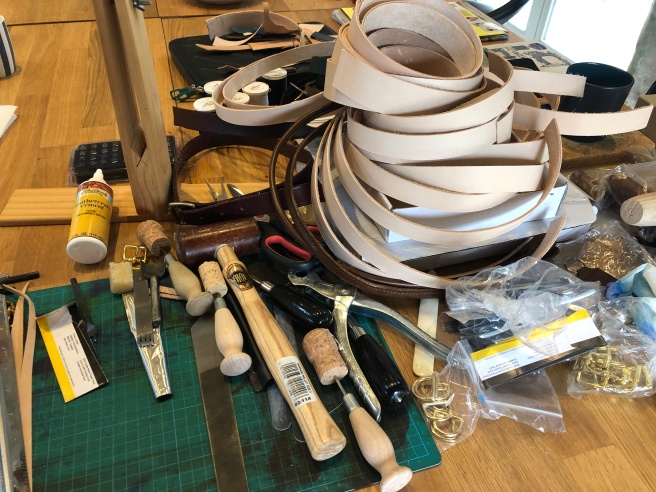 And that is the leather that we were going to transform.  First step was to choose our dye.

And then cut (that was immensely satisfying).

and prepare our leather.

Look at all those lovely shavings.  I couldn’t possibly let them go to waste, I’m sure they could be incorporated into some kind of embroidery project. 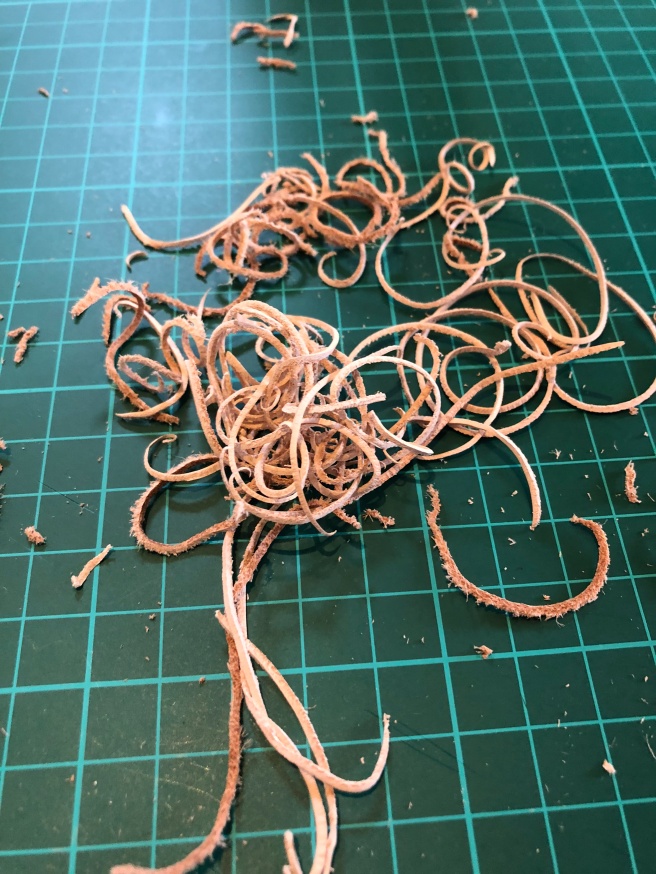 And then the dye.

As you can see, belts take a little bit longer.

Suddenly it was time for lunch.

Andy from Papaya  once again pushed the boat out way beyond the harbour walls.

It looked like this and tasted even better.  Sorry you’re missing out. 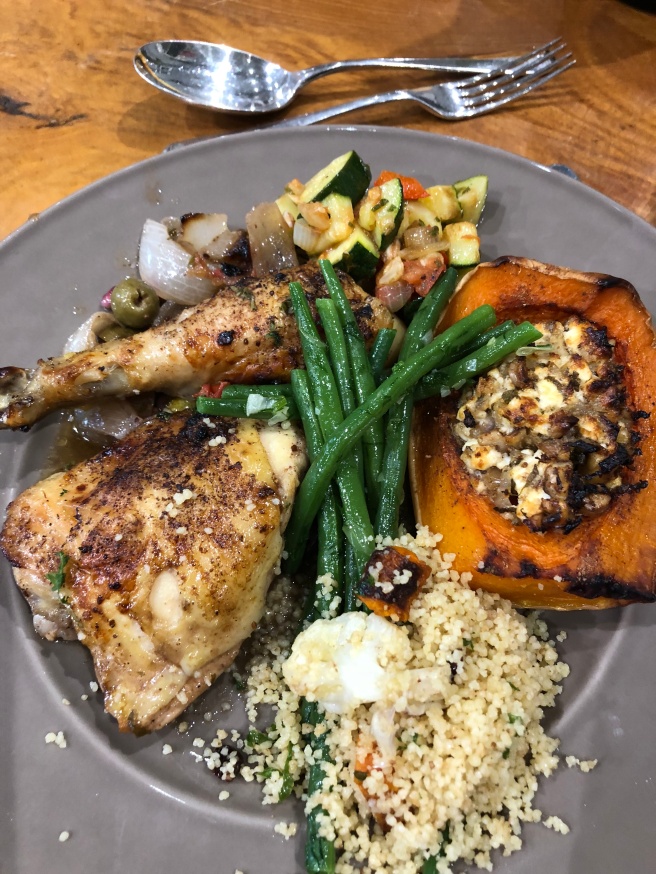 Then back to work.  Burnishing.  I could burnish all day.   Smoothing those edges, bringing up a shine.  The satisfaction is huge and the process almost meditative.

Buckle in place it was time to make the stitching holes.  Look at the holes left in the cutting mat.  Those tines are SHARP.  It was jolly hard removing the “fork” from the leather but I wasn’t going to argue with anything could leave holes like that in a self-healing cutting mat!

Belt in place in the stitching pony and away we went.  Saddle stitch, sewing with needles at both ends of the thread is also very satisfying (a much used word today but describes the whole process so precisely).  As a side note I have discovered that saddle stitch is also used in bookbinding.  I have a little bookbinding project on the back burner so I’m looking forward to giving those double needled threads another go.

From now own my waist is no longer going to be hidden under loose tops and jumpers.  I have a swanky new belt to show off!  And if I have a bit more time maybe I could graduate to one of these! 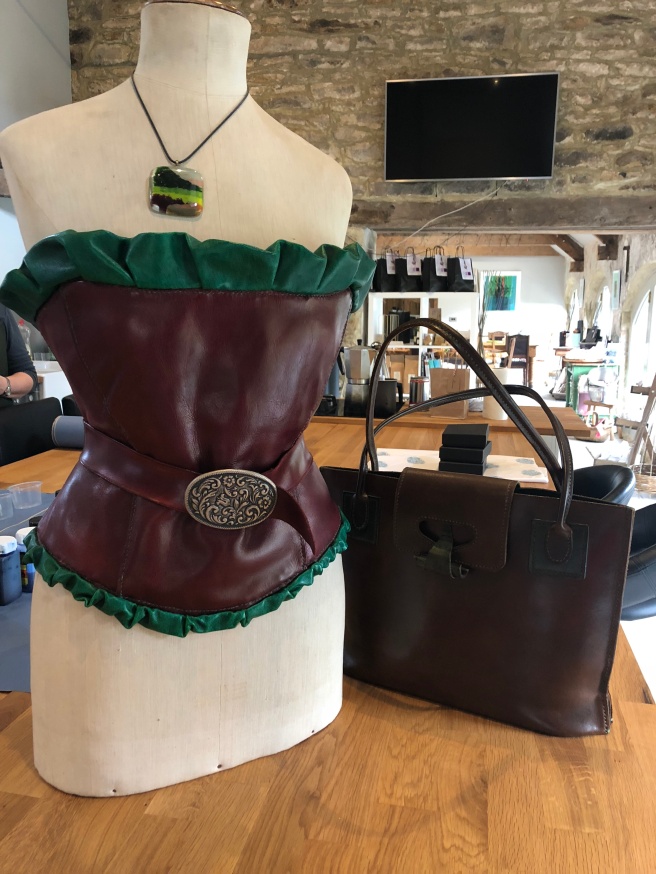