The plan was to get up early and head off to JJ Market.  The Boss and I woke at 8am but still rather jet lagged decided to have a little more snooze.  The girls had been out for cocktails – we discovered the note when we got up.  Which was a long time before they got up!  Poor old PT Volunteer has hardly touched any alcohol for six months.  She was a little the worse for wear!

Eventually we made it to the pier to get the hop on off ferry down the river.  PT Volunteer was not keen on the boat plan and got little sympathy from her sister (something to do with an incident whilst interailing and “just deserts”!). 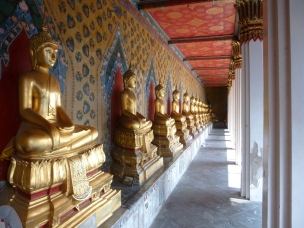 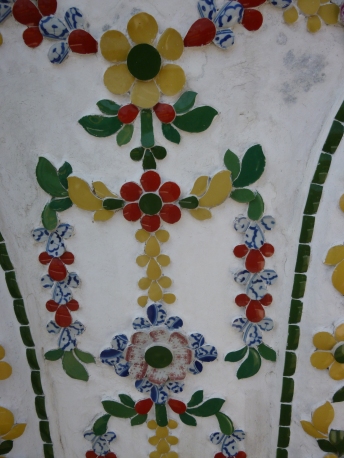 We were stopped by two young students who asked if we would take a short survey for a school project.  When asked how we would sum up Thailand in one word we both answered in unison “friendly”  which just about says it all.  I have traveled a lot, both back packing, luxury and everything in between and I am hard pressed to think of a single country which exudes welcome and friendliness so much. 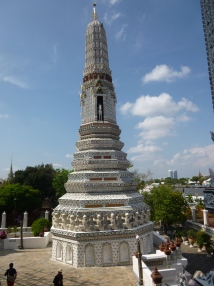 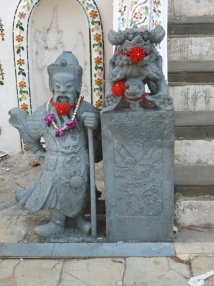 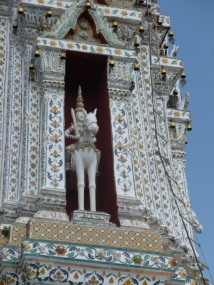 We crossed over to the other side of the river with a view to visiting the Grand Palace but we had left it rather late and instead decided to take a long tail boat through the canals of Old Bangkok.  Hearing the news that she had another hour in a boat the PT volunteer began to pale visibly.  Again her sister failed to weep with sympathy. 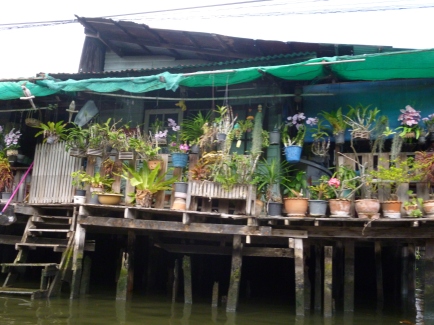 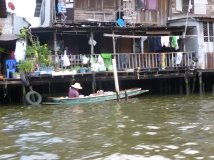 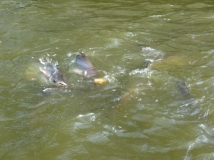 It was a fascinating water stroll through the back streets of Bangkok. 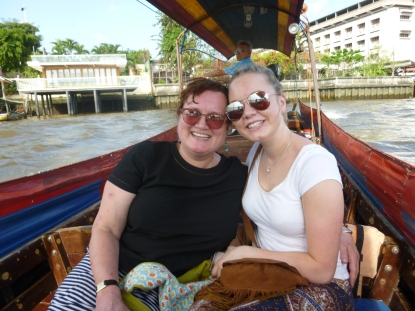 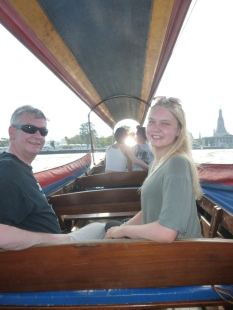 Quick dash back to our apartment to change and a tuk tuk over to the other side of town for dinner with the PT Volunteer’s partner’s family who are also over visiting and two other volunteers who were over from Isaan en route to their own holidays.  Never has so much noise been made and so much food been eaten by only nine people.  We still managed to make room for a couple of cocktails at Cloud 47. 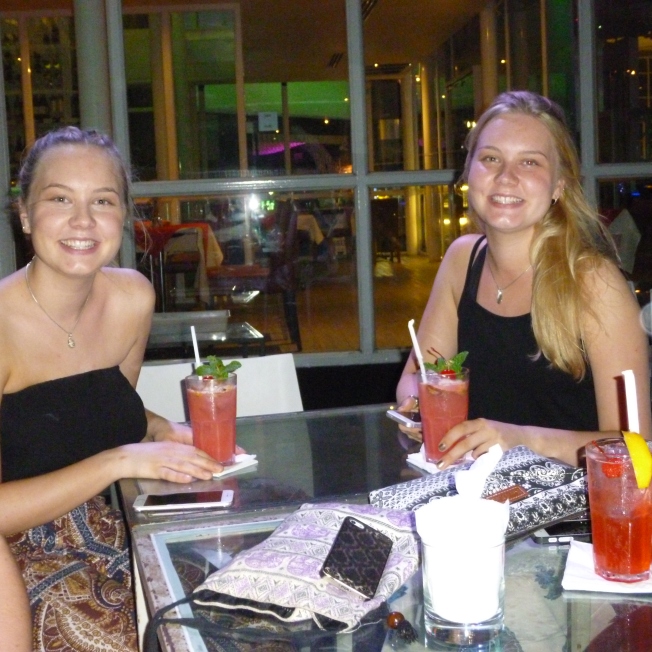 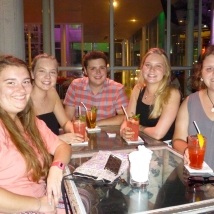 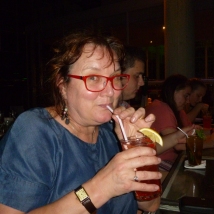 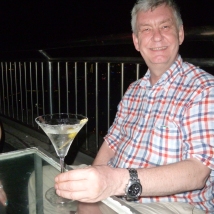 Tomorrow  we WILL be up early for JJ!