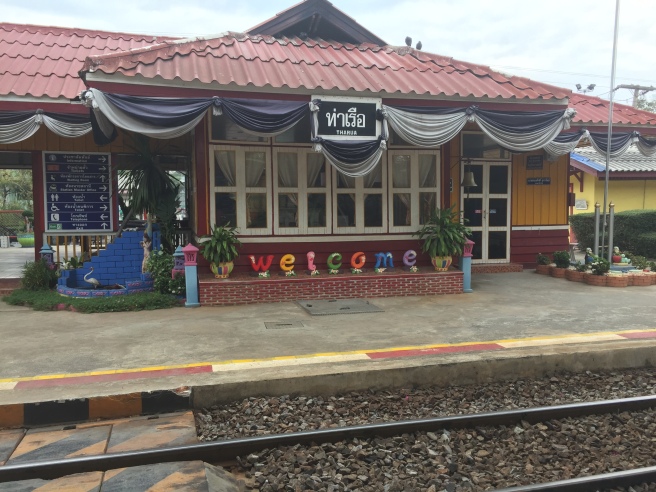 I learned a new trick this week – how to get the seats with extra legroom when flying cattle.

Emirates, and I presume most other airlines, keep back the bulkhead and emergency exit seats when booking online.  However, if you arrive early at baggage drop and ask if you can be moved – hey presto!  So from Newcastle to Dubai we had bulkhead seats and from Dubai to Bangkok we faced the emergency exit and could stretch our legs practically into the next cabin.  Thank me later.

So we arrived, tired bu in one piece.  We found our hotel.  Which is more than the PT volunteer, Geography student daughter did.  Our hotel is at 73 Sukhumvit 13.  The Geographer took the skyrail to the bottom of Sukhumvit 13 and rang us to ask where we were (more about the phone later).  At that point the Boss and I had left sleeping daughter at the hotel and were having a cold drink in a bar opposite a building site on what I later learned was Sukhumvit 11.  I described the building site but we decided our cranes were not the same ones (it later transpired they were).  So I gave the Geographer our hotel adress (again) and she decided to get a taxi.  An hour or so later she rang again, describing her surroundings it did not sound as if she was anywhere near us.  “Where did you get the taxi to take you?” I asked.  “13 Sukhumvit 73” she replied.  This, I remind you is the girl who is going to read Geography next year! 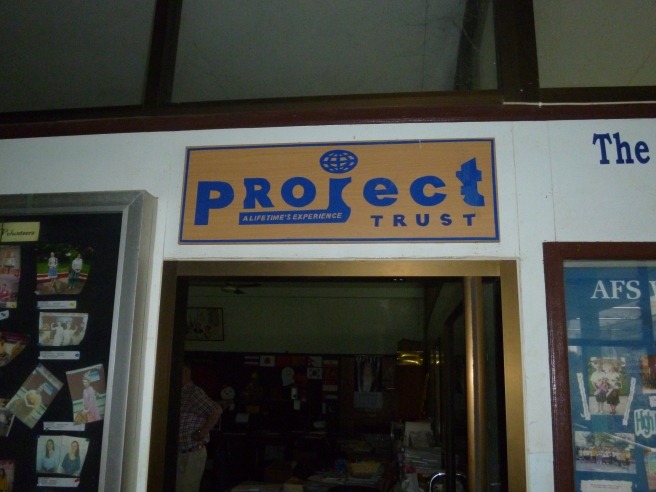 She made it at last and yesterday she took us out to visit her school and meet her colleagues.  The train was interesting.  We were a feature of interest.  Some Europeans do take the train to visit Ayutthaya, the ancient capital of Thailand,.  But very few venture further to Tha Rua! 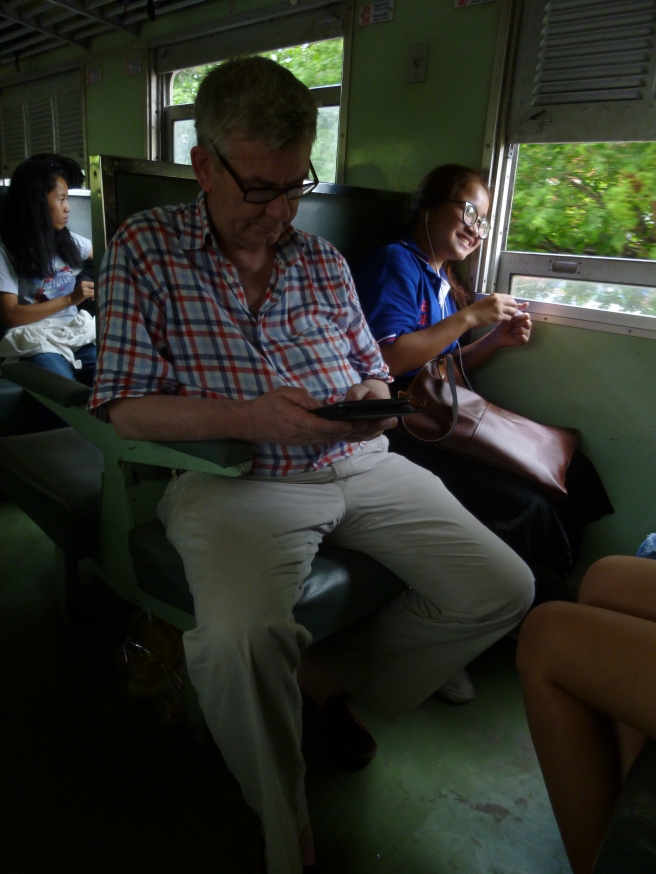 We were taken out to lunch by Bea’s colleagues to a wonderful fish restaurant. 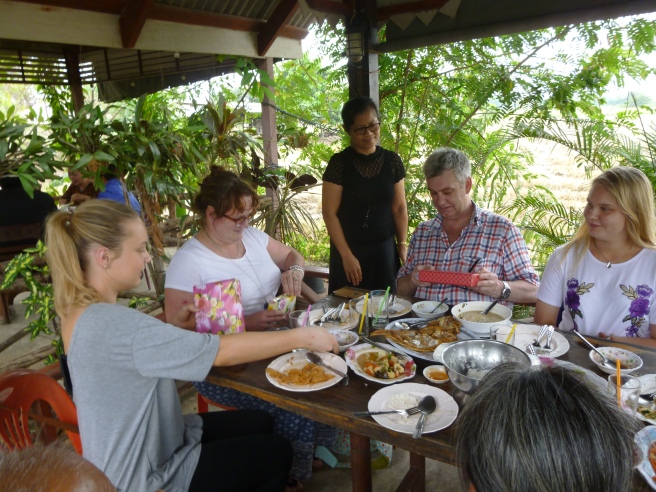 I don’t think I have eaten so well and so much in a long time (though we managed another massive meal that evening at a streetfood cafe!).  And then a quick visit to her school and new home. 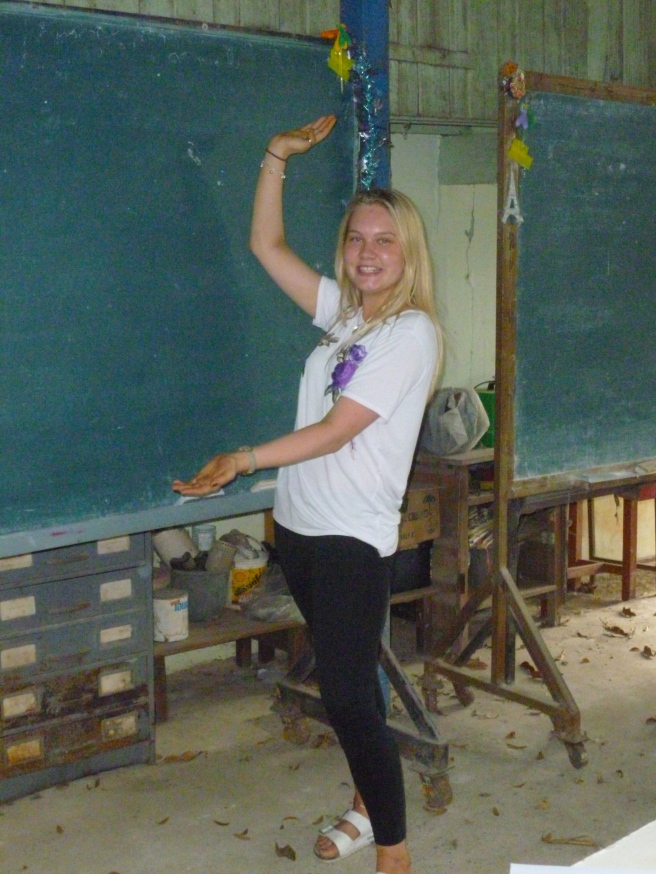 It was lovely to see both how happy she was and how much her colleague and pupils loved her.

Oh and the phone?  I got a mysterious call on Thursday afternoon from an unknown Thai number.  It took several attempts for a connection to be made – it was the Geographer.  She had left her English phone at Tha Rua station and was using her Thai phone!  Fortunately her fellow volunteer picked it up later in the day and it will  make its way back to its owner this evening.  For how long however remains to be seen!