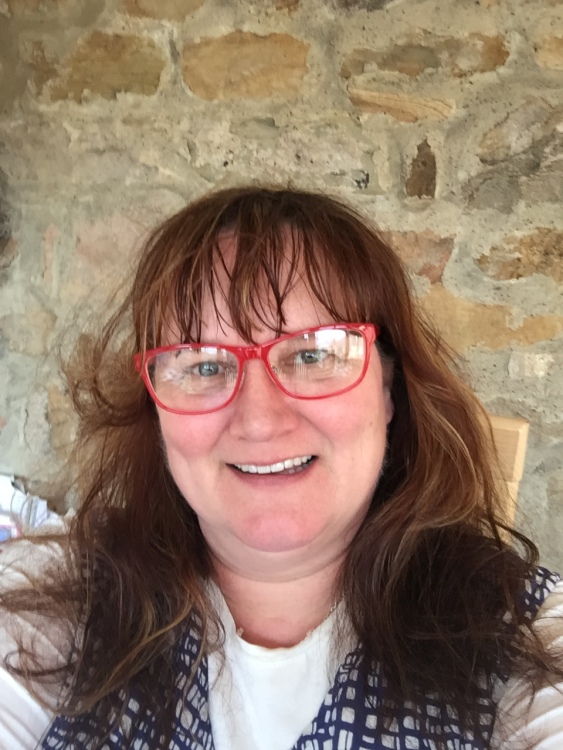 I have new glasses, actually the prescription is exactly the same but I have new frames.  I think they are rather cute.  However, the strange thing is that I am having to look at the work from a new perspective.  These are bright red and my previous ones were tortoiseshell and rather larger.  Consequently not only am I viewing the world with a hint of red around it, but as the lenses are a different size and shape the varifocal element is different.  The angle I need to look to read isn’t the same.  It’s taking a bit of practice.

We also have the builders in (bear with  me there is a sequitur).  With all three daughters at or about to leave for university we don’t need the huge amount of space and with the Boss having recently retired we could do with a little more income.  So we are converting the Barn and Gin Gan into a three bedroom house to let.  The builders (the boys) are brilliant, we have known them for over 20 years and infact did the original renovation of the house.  But they are still builders and they need space cleared to put up partition walls, install bathrooms and build staircases.

We have not become profligate shoppers, I still stick, more or less, to the one in one out rule.  However, over the course of a few years and a large house that can absorb a lot of stuff if you are as organised and tidy as I am, we have allowed more in than out.  Had we not decided to downsize I doubt we would have noticed for considerably longer and the consequent job of getting back to square one would have been much harder.

Initially we worked the same way we had previously: sorting through in and out (I don’t do maybe, maybe always comes back in again).  Then one day in a fit of pique I cleared out cupboards and shelves until it looked as if Phillipe Starck had popped over for the afternoon.  For two days my husband tried to persuade me to look again at the enormous pile of boxes on the kitchen floor.  The poor dog couldn’t even get to her bed.  I stood firm.  I was going to rid the house of the detritus we had collected, books we would never read again, ornaments that just collected dust.  Hats that just happened to be in the wrong place at the wrong time (the kitchen door).

Gradually I noticed a couple of things had been returned.  A carving of a fish, a rather beautiful and simple pair of glass and silver candlesticks and I realised that whilst I had thought I was doing what was wanted of me (to get rid of the unnecessary stuff that we had no room or need for in our smaller house) I was actually giving away things that broke the Pre-Raphaelite rule I try to follow.  “Keep only what you know to be useful or believe to be beautiful.”  The Boss found the fish carving and candlesticks beautiful (and the latter useful as well) and if truth be told, so did I.

I dismounted from my high horse and slowly started to go through the mountain of bags and boxes.  Quite a lot has been returned, but as you can see a significant amount is still to be collected by the British Heart Foundation on Wednesday. 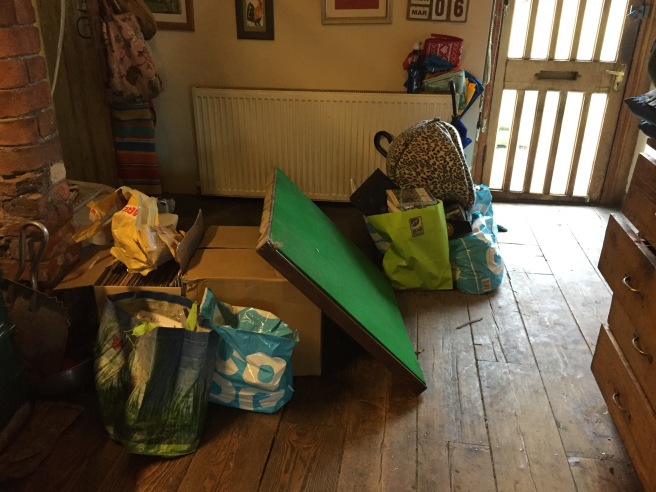