My Facebook and twitter feed are full of people talking about new year resolutions and plans to make joy jars, keep diaries, set fantastic goals.  It is a wonderful momentum created by people from all over the world as we try to make our world and our lives better places and perhaps us better people.

Over my fifty or so years I have kept a diary most of the time and added a daily gratitude list some six or seven years ago.  I have set SMART goals and fantastical goals.  I have used simple jottings to set goals and complex systems and programmes to set them.  One system required a whole book to explain the process! 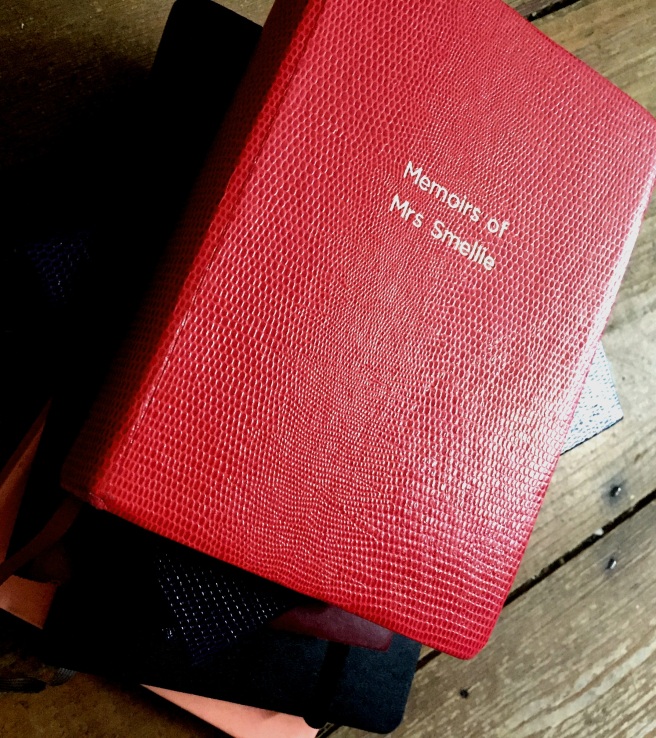 Anyone who loves stationery will understand the joy of a fresh new notebook ready for you to fill with your observations, dreams, tears and private rants.  The smell of the unused paper and the creak as the spine bends for the first time.  However, the greater joy is to go back and read them.  Several years ago I got out all my diaries, going back to a 1974 Puffin Book Club diary in which I spilled my heart out with gems like “Today I palyed (sic) with Georgina”.  Some entries brought back vivid memories, some took me completely by surprise; I had no recollection of those events and they read almost like a novel.

Diaries can be cathartic.  Any diary keeper who has been through a trauma, particularly an emotional one will remember writing pages and pages of  “Why?”  “What if?”  “Could I have …?”  In my great reading session I came across the diaries I kept after my first husband left me for another woman after six months of marriage.  They made for interesting rather than painful reading.  At the time I thought I would never love or be loved again.  It was good to see how wrong I was and all those people who told be I would eventually come out on the other side were right after all.  Having said that I had no wish to keep those diaries.  They had served their purpose at the time of writing and again at the time of re-reading some 30 years later.  My husband set up a huge fire in our largest wood burning stove and I happily consigned them to the flames, they served their purpose one last time, that part of my life was well and truly over and I had no need of a written summary of it.  All the other diaries, even the excruciatingly embarrassing teenage ones I kept.

Today many people keep a blog like this one and many of those are extremely open and raw, the writer exposing themselves, sometimes anonymously, to a public they don’t know with more honesty than they may to the friends that they do.  But that is not, at least for me, quite the same as putting pen to paper that is only intended for my eyes.

So if you are making resolutions, setting goals and planning a better life then you could do no worse than resolve to keep a diary.

At this time of year as the last of the turkey is finished and the empty chocolate boxes and biscuit tins glare accusingly at you across the kitchen most of us say “ENOUGH – there  is too much stuff everywhere.  I need a sort out”  And indeed we probably all do, however there is one kind of sort out you probably haven’t done for a while, if at all, and I guarantee it is the easiest and quite the most satisfying.

We were away for Christmas.  I took my phone and iPad but I left my laptop at home.  Consequently when I turned it on this morning there were thousands of emails waiting to download.  A goodly number went straight into the spam folder but my inbox was still full of stuff I didn’t want to read.  Most of the emails were newsletters from companies I had bought from online or somehow seem to have indicated that I was indeed desperate to receive their regular missives, when that could not have been further from the truth.  The rest were those that had slipped through the assorted spam filters.

So armed with tea and toast and  honey I began the process of gutting my inbox. 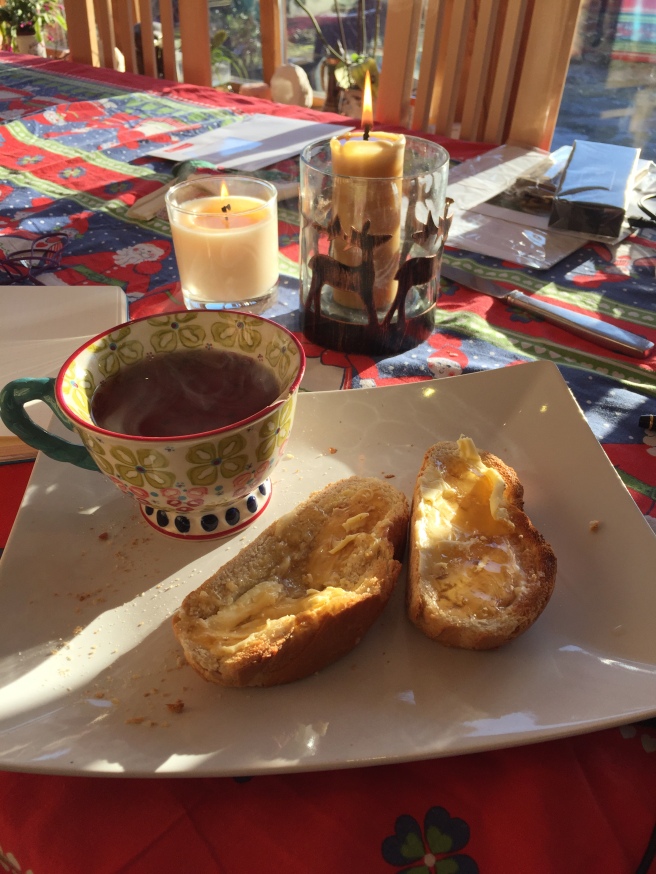 There are two options to inbox de-cluttering.  The simplest is to block.  In Outlook (which I use) you simply right-click on the email and select the “block” option.  There are, however, downsides to this option.

So you have to go for option two.  A little more cumbersome and time-consuming (hence the tea and toast) but much more effective.

Where you have an email from a company or interest group they will most likely have used an automated bulk mailer such as Mailchimp.  Somewhere deep down in the bottom of the email and in a font so small requiring excellent eyesight or very good glasses you will find the unsubscribe option. 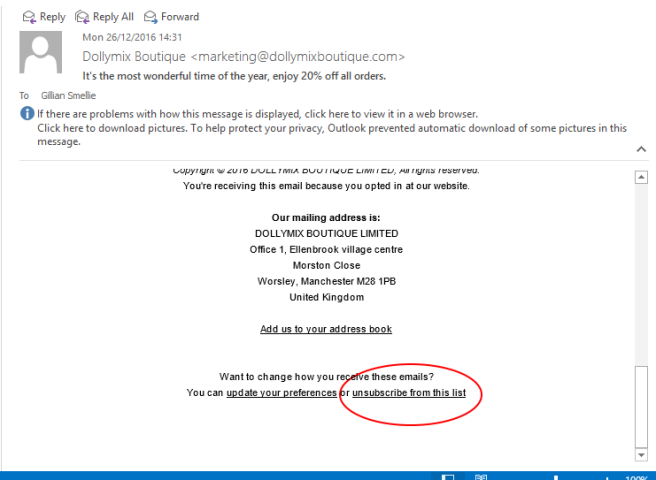 Click on this and a hyperlink will open.  Sometimes the message is an automatic “you have been unsubscribed”, sometimes you have to go through a few hoops such as inputting your email address, confirming your desire never to hear from them again.  Almost all ask you to say why you are leaving, this is usually optional and I never bother.  Frankly the options they give are so banal and similar that if there is somebody analysing them they have a very boring job and I’m not going to add to it.

You will probably find your junk mail box suddenly fill up with emails from all the companies who you have asked to remove you from their email lists asking if it was a mistake!  Oh yes, my favourite was from Vintage by Hemmingway (which I like but I don’t need a whole bunch of emails telling me when all their events are around the country when I only want to go to the Festival of Thrift) who asked me if I had perhaps forwarded the email to a friend so that they could share the love and the friend had clicked on the unsubscribe link and inadvertently tried to unsubscribe me by mistake … Really?

Now I have a lovely relatively empty inbox containing only the few emails I need and want.  The added advantage is that when a spammy email sneaks in you can easily spot it and zap it at once!